Hiking To The Big Trees of Stanley Park

Some of the largest and oldest trees are actually found in Stanley Park, a short walk from downtown Vancouver.

In few places on Earth do busy urban landscapes brush up against wild places like in Vancouver.

The downtown pennisula is connected to Stanley Park, a 1000 acre natural gem of coastal rainforests where you will find some of the largest Douglas Fir, Western Red Cedar and Big Leaf Maple trees in British Columbia.

Stanley Park is a wild place with many trails and it is estimate that 150 people and countless animals and birds live in Stanley Park.

If you want to explore, you will find a lot of amazing discoveries in the forests of Stanley Park.

Here are some of the best big trees that are easily accessible.

On the edge of the city just past Lost Lagoon, you will find one of the oldest and tallest Douglas Fir trees in British Columbia.

You will find this giant near the intersection of Lees Trail, Bridle Path and Cathedral Trail. 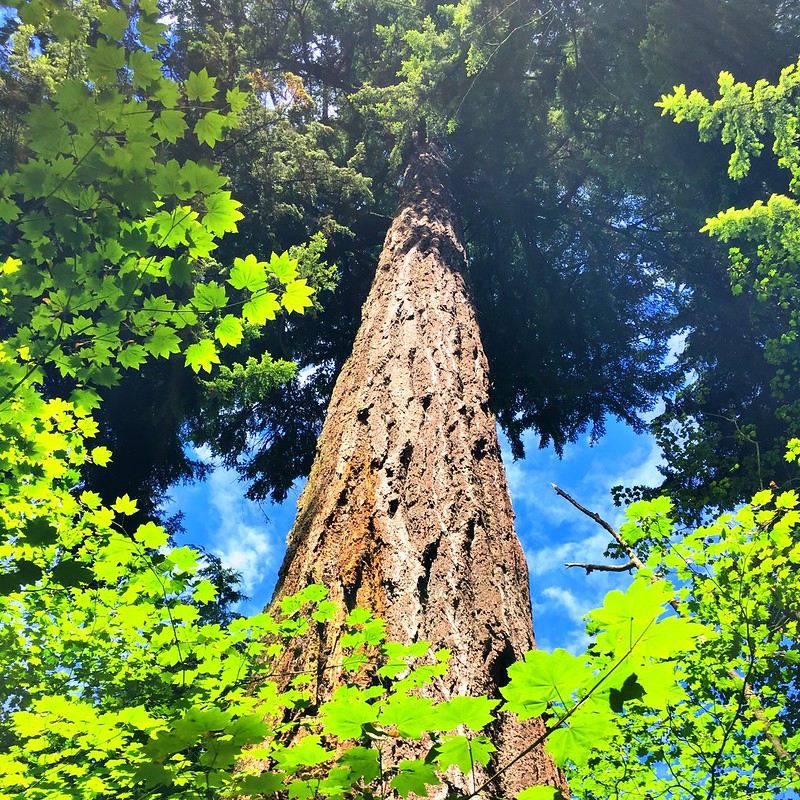 What is possible the largest maple trees in Canada is a group of Big Leaf Maples that tower over the surrounding foliage in Western Stanley Park while providing a den for hobbits below.

You will find this grove of Big Leaf Maples on Rawlings Trail just below the Hollow Tree. 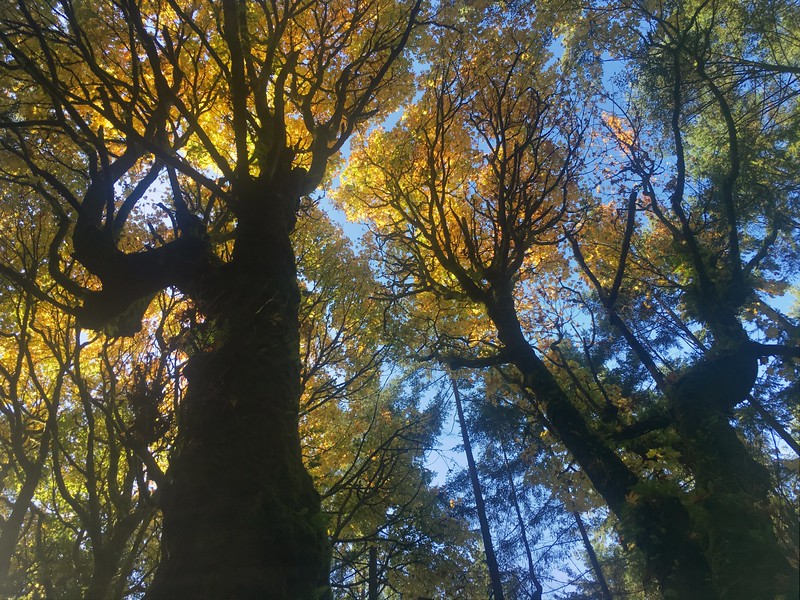 Called the "tree of life" in the local First Nations culture of the Coast Salish people, Western Red Cedar grow the largest and the oldest trees among the trees found in Western Canada.

You will find this awe-inspiring tree triple giant on Thompson Trail, a short walk from Prospect Point. 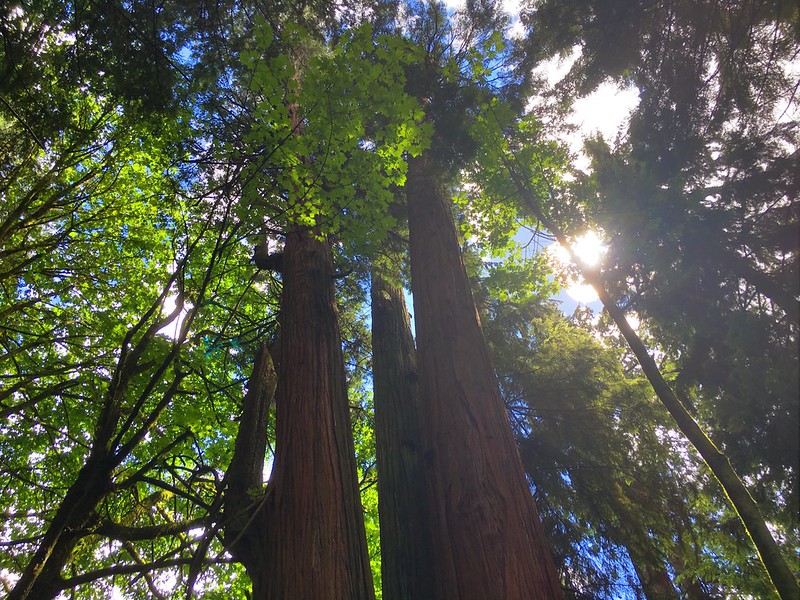 Another beautiful Western Red Cedar that towers over the surrounding trees and foliage is found near Third Beach.

This Western Red Cedar giant is found on Lover's Walk a short distance from Rawlings Trail. 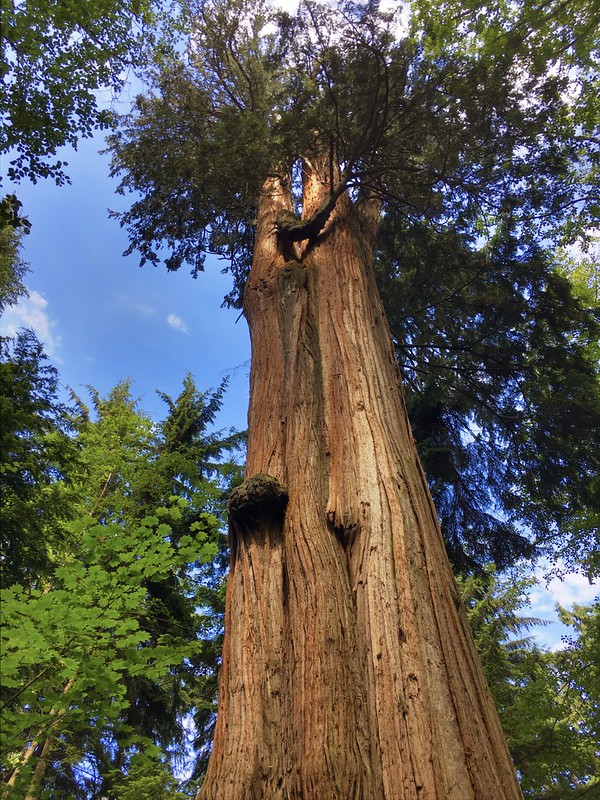 The God Head is an ancient old-growth Western Red Cedar stump that was carved by an anonymous First Nations carvers in the 1970's.

It is buried in the thick rainforests of Western Stanley Park but it can be found by adventurous explorers who follow their curiosity. 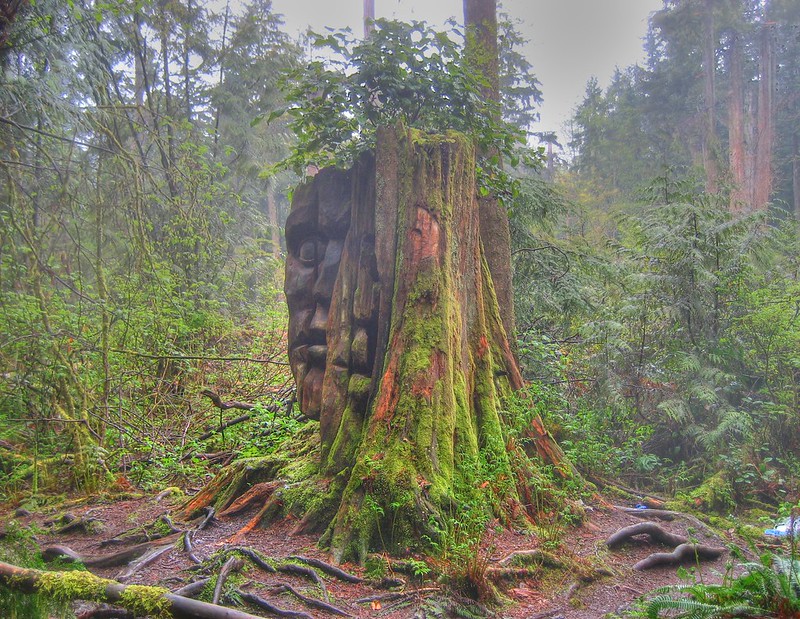