Squamish And The Legend of the Stawamus Chief

Known as Canada's Adventure Capital, Squamish is a beautiful town along the Sea To Sky Highway between Vancouver and Whistler.

The Stawamus Chief is a granite dome located adjacent to the town of Squamish, British Columbia. It rises over 700 m (2,297 feet) above the waters of Howe Sound.

Upon first glance, it instantly inspires awe with its grandeur and natural beauty. From the many angles and perspectives in the surrounding valleys and mountains, it inspires the human sense of wonder and sparks the imagination in different ways.

It also holds an important place in the culture of the local Squamish First Nations.

The Legend of the Chief 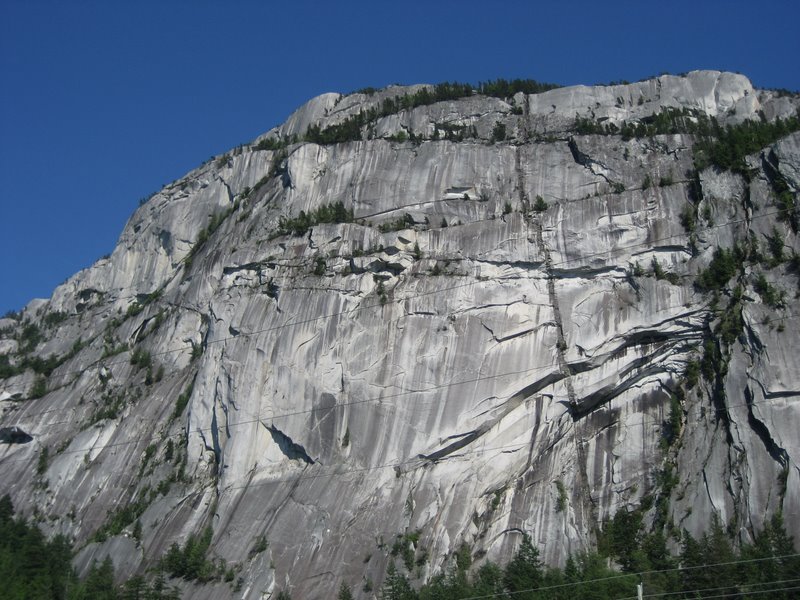 A close-up shot of the Stawamus Chief's Rock Face.

The local Squamish people consider the Chief to be a place of great spiritual power. The Squamish language name for the mountain is Siám' Smánit (siám' is usually translated as "The Chief").

Local Squamish storyteller and artist Khelsilem says it is a longhouse transformed to stone by Xáays, four brothers who were supernatural beings and came to this region to give moral teachings and spiritual understandings of the world to people who were living here.

The legend goes that there was a potlatch or big feast going on in the longhouse and all of the spirits that were in the longhouse at the time of the transformation were stuck inside and so on the rock face today, you’ll see different spirit animals appearing through the rocks.

“A lot of our elders and people often look at it and try and make interpretations of what they see, the same way people look at the stars or clouds and make meaning out of it,” says Khelsilem.

The Chief's title in the Squamish language, Siyám Smánit, refers to something that is deeply respected such as a leader, a role model, a teacher or an elder. 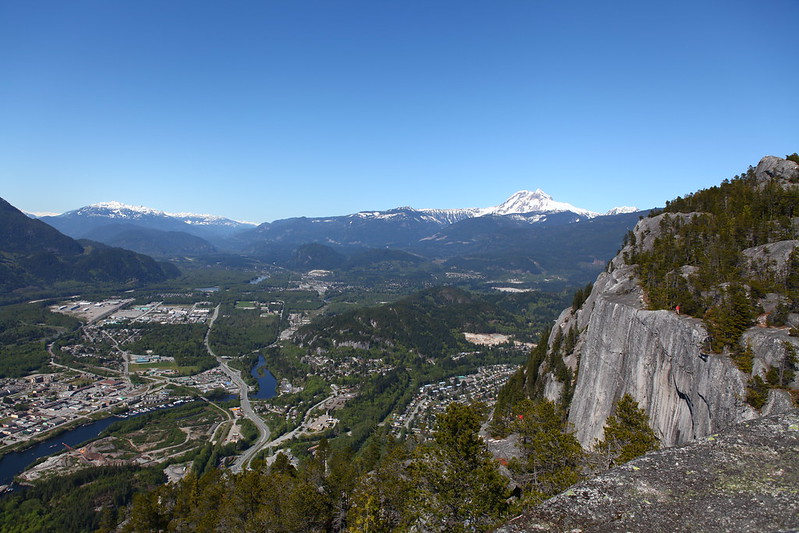 The view of the Squamish River valley from the top of the Stawamus Chief with the extinct Diamond Head volcano to the east.

The great cleft in the mountain's cliff-face in Squamish legend is a mark of corrosion left by the skin of Sínulhka, a giant two-headed sea serpent. Sínulhka once roamed the Squamish territory, its loud shrieks and aggression frightening the people in the local village of Stá7mes. Xwechtáal, a young warrior, was given the insurmountable challenge of killing the serpent.

From the body of the serpent, Xwechtáal procured a special bone with which he was able to induce trances in other beings, an ability which granted him supernatural power in the Squamish tribe.

The Chief is part of a pluton of a granitic rock (granodiorite) that was initially formed approximately 100 million years ago in the early Cretaceous by the slow cooling and solidification of molten magma deep below the surface of the Earth.

Some geologists speculate that it may be the root of an extinct volcano. 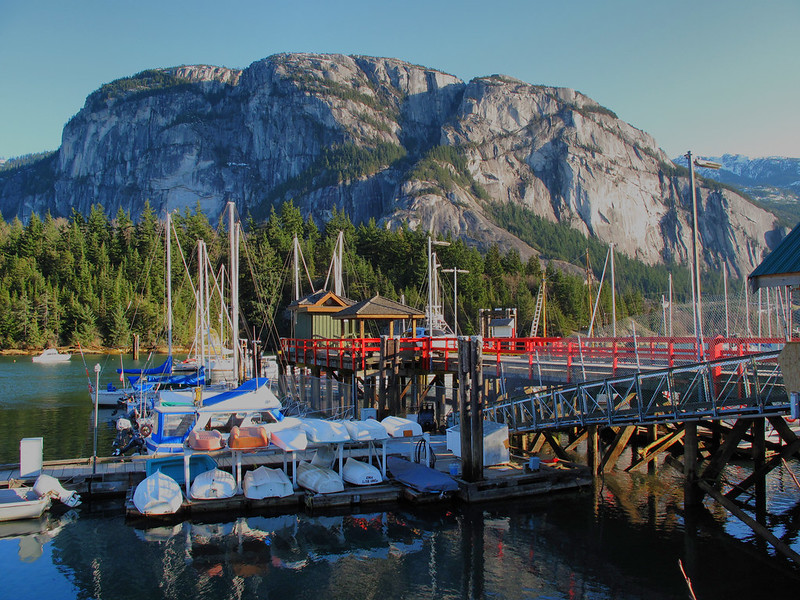 From the Squamish Marina the 3 domes of the Stawamus Chief looks like a crouching dragon.

The surface is shaped by glacial erosion, which is responsible for the tall steep walls that define the Chief. Before the glaciers of the last Ice Age started to retreat just over 10,000 years ago, this area was under an ice sheet over a mile thick (it would have been higher than many peaks in the Coast Mountains today).

The Stawamus Chief is one of the largest granite monoliths in the world ( the rock of Gibraltar is considered the highest) and the many crevices in the rock provide important nesting habitat for the Peregrine Falcon.

The unique geological features of this giant monolith make it renowned worldwide as one of the best places in the world for rock climbing, slacklining canyons, and BASE jumping.

The best way to experience the Stawamus Chief is by hiking the 3 summits. It takes 3-5 hours and it can be done year-round depending on weather conditions. 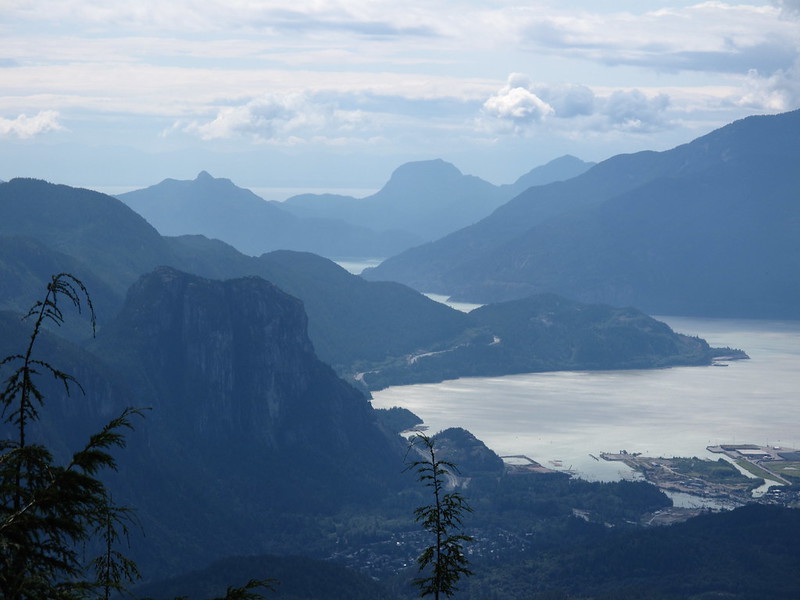 The giant granite pillar of the Stawamus Chief looking among the mountains and islands of Howe Sound.

There are three main summits that are each shaped like granite domes:

Each of these 3 peaks can be hiked in a few hours.

Each summit features an expanse of fine glacier-polished granite and panoramic views in all directions. The Third Peak is a bit more remote and isolated and is less popular with the many tourists who come in the summer.

An additional summit area lies to the north of all the summits. This area is called the Zodiac Summit. Although it can be considered a sub-summit of Third Peak, it is perhaps the most isolated and beautiful area of the Chief.